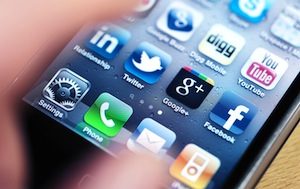 Due to consumers’ smartphone usage around the holidays, many companies will look to capitalize on it by increasing mobile marketing in the fourth quarter, according to Nexage. With this increase in marketing and advertising comes an increase of demand for RTB ads, up from the second to third quarter an incredible 70%.

According to Nexage, RTB is going to be an integral part of mobile marketing, as evidenced by a growing number of companies joining the bandwagon. Wes Biggs and others have said that close to 50% of their inventory came from RTB, and that was tied back to mobile marketing and advertising.

Furthermore, an increase from 8% in the first quarter and 21% in the second quarter of 2012, RTB ads made up 34% of all the impressions from its network in the third quarter, Adfonic reported. All these numbers indicate not only that RTB ads will continue to increase in terms of number of companies that use them, but that they will be used more often by those same companies. As a result, the importance of mobile marketing has grown exponentially since the advent of the smartphone.

Even with the increase in tablet users, 89% impressions still came from mobile phones during Q3 2012, compared to 11% from tablets, according to Adfonic. Even with Millennial Media’s different interpretation of the data, it still showed 74% of impressions coming from mobile phones, much higher than from any other device.

Much of the increase in mobile marketing can be attributed to the sheer number of smartphone users today compared to any other time in its history, with that number increasing all the time. In Q3 2012, according to CNET, more 427 million smartphones were sold worldwide. This doesn’t account for the millions of people who already owned smartphones when these figures were released. Each year, more and more people switch over or upgrade their phones to a smartphone, and that means an increase in data usage. For these reasons, companies have recognized just how important mobile marketing is to their business. Not only do they have to market and advertise online to desktop computers, but according to eMarketer, ad spending on mobile devices by 2017 will all be equal to that spent on desktops.

Therefore, a continued growth in mobile marketing can be expected. According to Digital Media and Entertainment for IDC program vice president Karsten Weide, in 2015 “there will be more users accessing the internet through a mobile device rather than a computer.”

Founded in 2011, Ready to Run Designs is a digital branding and multi-channel content marketing agency based in Poughkeepsie, New York. We develop customized branding strategies as well as integrated platforms for managing online marketing campaigns.